The Mandarin Oriental and PLENDI by VINCI Construction completed a third project, confirming the partnership that has united them for several years.

The luxury construction brand designed the brand new Paris suite for the hotel – a luxury apartment, designed by GILLES & BOISSIER. Located a few steps from Place Vendôme, the Mandarin Oriental Paris hotel opened this new suite called the Appartement Parisien last summer. In Haussmann style and with many Art Deco touches, this 450 square metre one-level suite is one of the largest in the capital. Composed of a huge reception area and four bedrooms, it has a magnificent, very lush landscaped terrace of 230 square metres designed by Christophe Gautrand with an exceptional view of Paris. 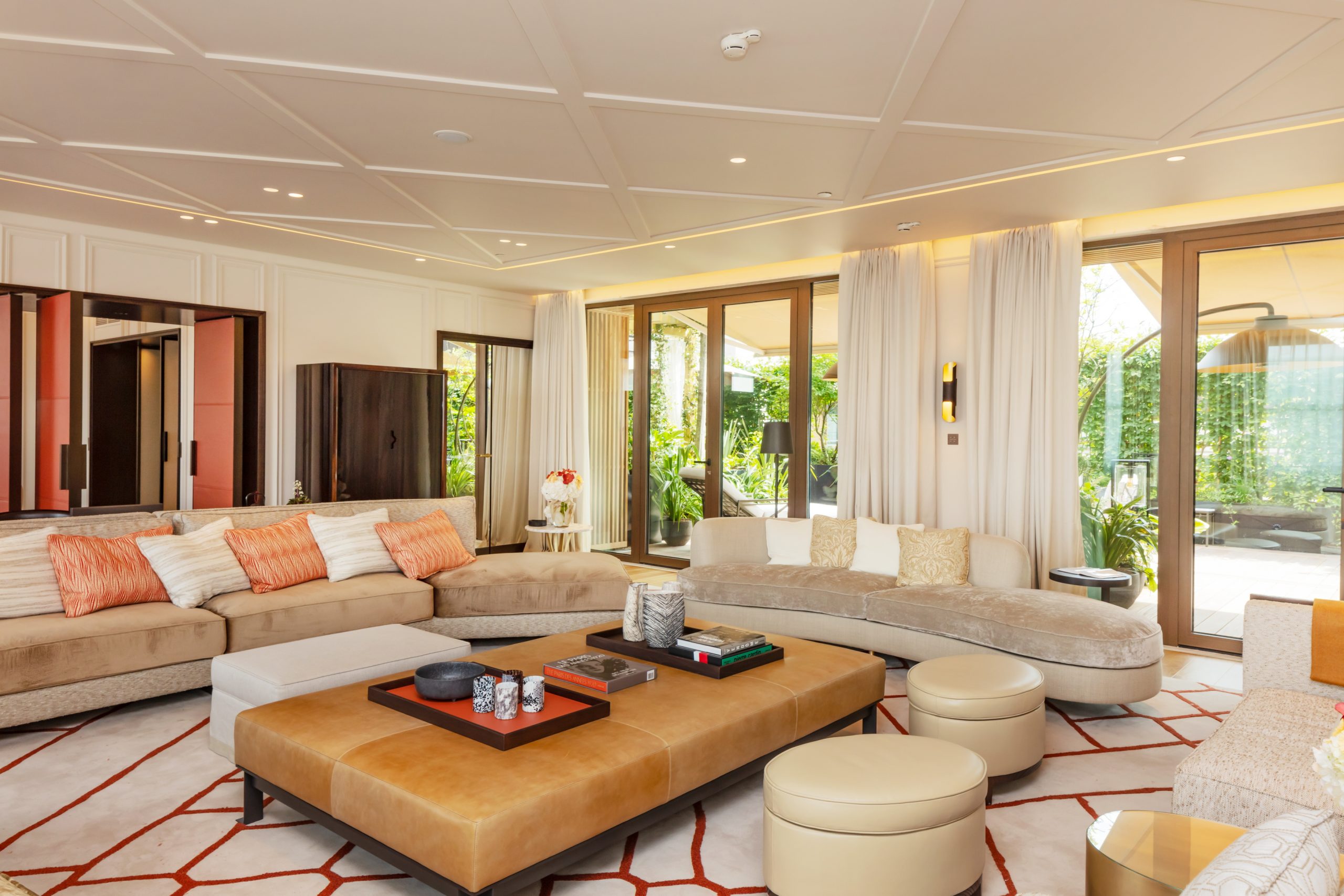 This design project creates an environment of freedom and daring revealing PLENDI’s expertise, with a mixture of beautiful materials, such as brushed wood, arabescato, christal white, and venato fantastico marbles; coffered ceilings with 1930s patterns; and a mural by Alix Waline in gold tones. The renovation of this luxury apartment was carried out while the hotel remained in operation. The result is magnificent and, of course, the finish is in line with the hotel’s standing.

Longstanding partnership between PLENDI and the Mandarin Oriental Hotel Group

Between 2008 and 2011 PLENDI by VINCI Construction had already worked on this old office building on rue Saint-Honoré, designed by the architect Jean-Michel Wilmotte (interior design of cities) for the Mandarin Oriental Hotel Group. The interior design was then entrusted to Sybille De Margerie for the lobby and the rooms and suites, and Jouin & Manku for the restaurants, notably the Camellia run by the famous starred chef Thierry Marx.