VINCI Construction’s luxury brand also recently renovated the Mandarin Oriental Hyde Park in London which was completely redecorated by TIHANY Design, for all the public areas, and Joyce WANG, for the rooms, suites and the Spa.

Works were carried out in two phases (Hyde Park side, then the Knightsbridge side), without closing the establishment, without any cranes and by adding a ninth floor to the building on which two magnificent penthouses have since been installed. The hotel’s renovation works, covering a surface area of 12,000 m², included all of the rooms as well as the creation of the ninth floor with two new 165 m² suites, a total of 174 rooms and suites, the ballroom, the lobby, the two restaurants, and the Spa. The prestigious nineteenth century building, in which the hotel is located, has been renovated with the greatest care and the finest materials, and VINCI Construction teams were accompanied by the best French and international craftsmen. The hotel’s peaceful location near Hyde Park was the inspiration for the hotel’s interior design along with the glamour of the early twentieth century with a few Art Deco touches. 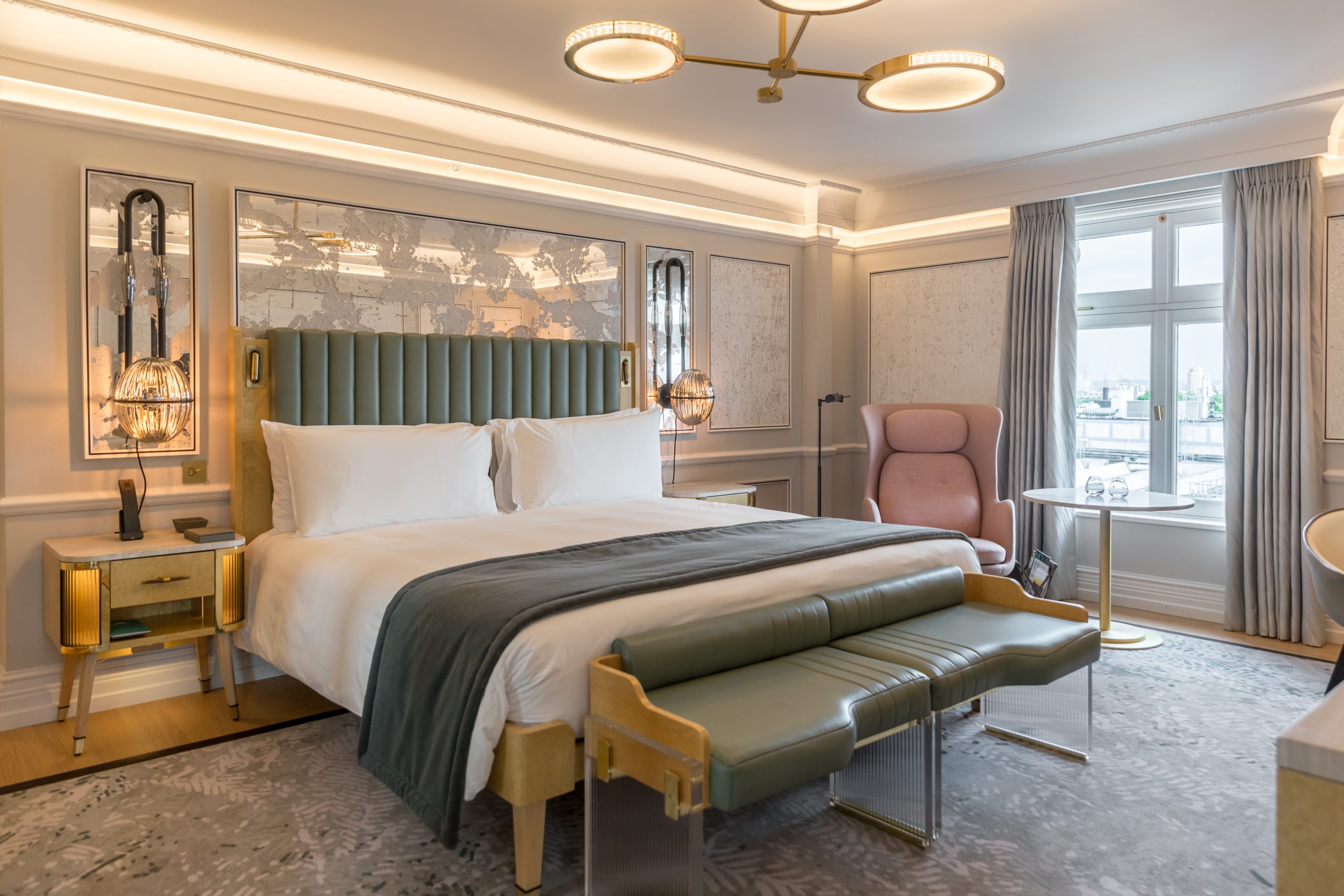 Unfortunately a few days before the end of the project, a terrible fire of unknown origin completely destroyed the hotel. Although it was occupied by more than 500 people, there were no casualties, except this magnificent Victorian building.  After only a few hours of reflection, the robust Mandarin Oriental / PLENDI team was reformed to rebuild this flagship hotel as quickly as possible, which it completed ten months ahead of schedule.

PLENDI is recognised as the coordinator of the most luxurious and richly decorated construction projects, working closely with its network of craftsmen. The brand, founded in 2016, is strongly developing and is often contracted by luxury hotels seeking perfect finishes and respected commitments.